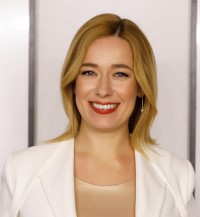 Mental health is the secret to success in legal profession

The Wellbeing Index is becoming one of the key success indicators of internal corporate policies for legal firms. The mental health of legal professionals, in view of the huge number of stress factors, including due in no small part to the COVID-19 pandemic, has become the focus for lawyers themselves and for legal companies and communities.

Back in 2019, Horacio Bernardes Neto, the former President of the International Bar Association (IBA), set up an IBA wellbeing taskforce to address the issues of the mental wellbeing of legal professionals.

The decision to create the task force came against the background of a rise in the number of cases of substance abuse among lawyers, addiction, depression and suicides. Other factors also include various offenses and subsequent disciplinary proceedings, damage to relations with clients, betrayal of the confidence of society in the legal profession. The main reason is the multitude of stress factors that lawyers are forced to deal with on a daily basis. There is also no doubt that COVID-19, which had an impact on all spheres of life, has been a recent factor in exacerbating the situation.

In the meantime, the World Health Organization (WHO) has identified direct links between poor wellbeing standards and increased levels of absenteeism, lower performance and productivity, poor motivation among ‘burning-out’ staff, and damaged relationships between colleagues. Last year’s research by Deloitte confirms this: poor mental health costs UK employees £42-45 billion a year. These costs include absence from work, presenteeism (being at work while not feeling well, resulting in low productivity), and also staff turnover.

What the stats say

The International Bar Association recently published the preliminary results of its global evaluation into the mental wellbeing of legal professionals. More than 3,000 individuals and over 180 legal organizations, from associations to law firms, provided their responses to the two surveys that the evaluation was broken down into. These are the first international surveys of their kind, which were conducted from July until December 2020.

The results are quite indicative. Specifically, 41% of respondents stated they still couldn’t openly discuss their mental wellbeing concerns with their employer. Many of them feared it would damage their career or impact their salary. Employers, in turn, often blindly believe that the care about employees they declare as being their priority is sufficiently substantial. The figures, however, tell a different story: 75% of respondents aged between 25 and 35 expect their employers to do more for staff wellbeing. There is a large disparity between the organizations that state they have wellbeing initiatives in place (73%) and the extent to which their  top managers are offered any sort of wellbeing training (only 16%).

To the question about how employees reacted to the issues that lead to a deterioration in wellbeing at work (from the point of view of workload, support or cases of harassment/bullying), the majority of respondents replied either ‘strongly’ or ‘somewhat ineffectively’. However, in no circumstances did the majority of respondents say that the level of the employer’s response was ‘high’ or ‘even somewhat effective’.

Furthermore, the negative state of health caused by work is a matter of great concern. This issue disproportionally affects young people, although fatigue, disrupted sleep and anxiety are experienced by a majority of people in all age groups. Notably, one in ten respondents aged up to 30 even experienced suicidal thoughts as a result of work.

The IBA survey shows that the wellbeing issue has the biggest impact on young people, females, those who identify as belonging to an ethnic minority and people who have a disability. The Mental Wellbeing Index of these groups is consistently lower than the average global level. The Wellbeing Index is slightly higher in companies with more than 100 partners on staff and operating in the corporate sector. A decrease in the Mental Wellbeing Index has been observed at firms with 50-100 partners, associate partners and advocates. In terms of geography, the levels are higher in Africa and Latin America, while the Wellbeing Index in the Asia Pacific Region is the lowest of all.

In general, not many legal professionals are aware of the existence of regional and international support and services in the field of mental wellbeing: 22% of respondents told the IBA that they haven’t seen assistance, recommendations or any kind of support in their jurisdiction. There is still a general lack of knowledge in the international legal society about the best practices in the area of mental wellbeing. Meanwhile, international forums do not dedicate enough attention to this issue. Nevertheless, the first steps are already being taken.

LawCare, an independent charity offering support to the legal community, is one of the pioneers. The organization annually accepts around 900 calls on its support line from legal professionals who need to  discuss common work issues, their wellbeing with specialists and receiving emotional support and psychological consultation. LawCare also offers legal professionals useful information, resources, and newsletters on mental health and wellbeing. It also provides advice on how to establish a mental wellbeing committee in one’s organization, hold health improvement events (from lunch walks to yoga classes), seminars on pressing issues, in particular joining national campaigns, such as Mental Health Awareness Week. Finally, there are also recommendations on how to ultimately develop and implement a mental wellbeing policy inside an organization.

A path to self-salvation

Some lawyers come to understand this issue and seek solutions on their own.

Joseph Milowic, a partner at Quinn Emanuel Urquhart & Sullivan, publicly admitted several years ago that he was suffering from depression. It seemed like that was the end of his career, but he decided not to give up, but instead to change the attitude towards this issue inside the professional environment, return trust towards those legal professionals who were facing this problem and spoke openly about it. Together with a team of like-minded people, they founded the Lawyers Depression Project,  a project aimed at addressing depression and other mental health issues in the legal profession. His colleague, Julia Clayton, was diagnosed with OCD (obsessive-compulsive disorder) after her first year of law school. It took 15 years for her to learn to manage her behaviors and obsessive thoughts. She is now helping other legal professionals to deal with similar issues. Another example is Jeremy Connick from Clifford Chance, whose wife tragically took her own life, while being in a state of depression after learning that she had breast cancer. He realized that he had to take care of his own mental wellbeing and be a role model for his three children and bring them up as a single father. Today, he is an advocate for mental health awareness in the legal sector. He is, among other things, launching a speaker program to help the students of BPP University Law School prepare for the stress of the workplace, learn about mental health and mindfulness practices.

In Ukraine, these issues are still weakly articulated – the risk of being misunderstood and judged, of losing reputation among one’s colleagues and clients are too high. However, by turning a blind eye to the problem, we cannot get rid of stress, a toxic environment at work or mental health problems.

Here are the actions we can advise our partners and employees of law firms to take, based on international experience:

It is clear that the mental health problem of legal professionals, which has been elevated to the Mental Wellbeing Index, needs to be acknowledged as one already existing and demanding solutions right now, as it impacts the productivity of individual lawyers and the teams in law firms, as well as the general climate in the profession. After all, only a healthy and happy lawyer can be a truly successful lawyer.